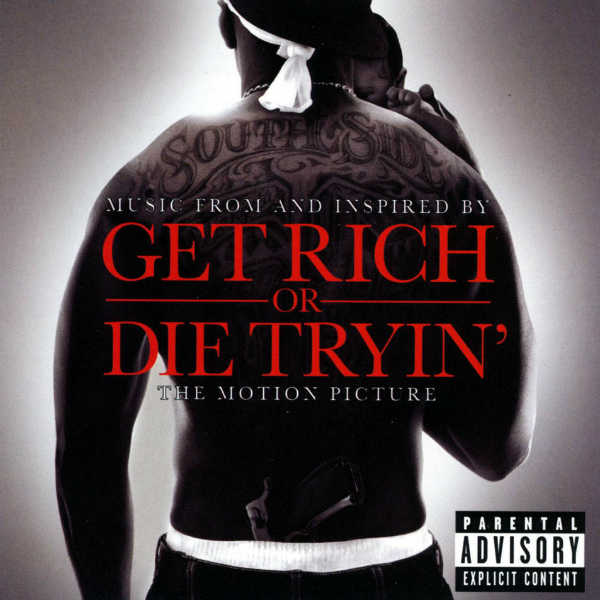 [My second All In The Game column published in the May/June 2005 issue of Pound Magazine.]

Though the shooting that occurred at New York’s Hot 97 radio station between the release of The Game’s “The Documentary” and 50 Cent’s “The Massacre” has been called a publicity stunt, 50 Cent’s prior public statements clued me in to his take on violence and money. Although I don’t believe the shooting was intended to sell albums, beefs do move units and affect careers. Nevertheless, 50 Cent appears uninterested in physical violence, measuring victory in terms of album sales and his opponents’ ruined prospects. This stance is quite similar to that of many American business icons, such as Bill Gates, Larry Ellison and Mark Cuban, who equate business success with the complete destruction of their rivals.

Like many who became obsessed with the shooting on February 28th in which an alleged member of The Game’s entourage was shot in the ass by an alleged member of 50 Cent’s entourage, I followed the emerging story with great interest. However, unlike those who argued that the shooting was a publicity stunt, I disagreed for multiple reasons, including 50’s earlier statements that the current level of rapper surveillance by legal authorities is so high that he could not get away with such an act. More telling is 50’s insistence that his battles with The Game are bad for business.

Though players like 50 Cent do extremely well with music, they are finding that music establishes their credibility and allows them to create a brand that they can then leverage for more lucrative enterprises like fashion lines and product endorsements. In March, 50 Cent told USA Today that, “I make more money outside the record industry. . . I generate opportunities with my music” and related to the Fort Lauderdale Sun Sentinel that his sparring with The Game “hurts all my other ventures.”

Actually, it’s the peace making that looks more like publicity these days. Ja Rule’s attempt to stage a truce with 50 Cent moderated by Minister Louis Farrakhan was decried as pr for Ja’s upcoming album, a claim Ja Rule later confirmed. Looking at photos from 50’s press conference with The Game, it’s difficult to believe that they made up for any reason other than business. They didn’t look particularly happy, they didn’t shake hands until the press asked them to and they haven’t been hanging out since.

However, I find 50 Cent’s prior public statements, in which he focused on ruining careers rather than physical violence, the most convincing. In February, 50 discussed his Fat Joe and Jadakiss beefs with Shaheem Reid for MTV.com stating:

“I ain’t gonna let up off of them until their homes are in foreclosure … Till it’s really that bad . . . For me, if you begin to destroy, you should destroy completely.”

“I think Jay-Z is a hustler, and I’m a hustler. . . Jay-Z is okay with hustling around other people while they getting money, as long as he is getting the most money. The difference is the way I came up . . . we hustle until we get enough finances and man power and start moving n***as off the strip.”

50 Cent’s statements about destroying his enemies remind me of Bill Gates and Larry Ellison at the peak of the battles between Microsoft and Oracle, when their kill or be killed attitude was regularly displayed, though Ellison was always more public about his desires. Dallas Mavs owner Mark Cuban’s perspective also relates closely to 50’s and to the larger rap game.

In a mid-March post at Blog Maverick, Cuban describes “The Sport of Business” as the “ultimate competition” and enthuses over the fact that:

“Every day some stranger . . . that you have never met is trying to come up with a way to put you out of business. To take everything you have worked your ass off for, and take it all away. . . there could be hundreds or thousands of strangers trying to figure out ways to put you out of business. . . Play a game called Eat Your Lunch. We are going to face off. . . My ability to create ways to remove any reason for your business to exist vs your ability to do the same to me.”

Such statements from executives could have easily come from 50 Cent. Furthermore, execs generally don’t try to kill each other because they are too closely watched to make such moves and the ensuing press would reduce profits. As a businessman, 50 Cent can attempt the complete and legal destruction of his rivals while enjoying the fruits of his victory, albeit behind bulletproof glass.

Yet such comparisons must not be mistaken as an effort to brush away critiques of violence in hip hop. Rather, my aim is to undermine the idea that hip hop is outside the norm. Violence in hip hop is part of a great American tradition and, rather than an aberration, is one logical outcome of a society in which violence is glorified and poverty is an acceptable cost of doing business.