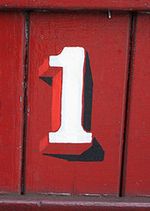 [Originally published at Hypebot in January 2013.]

From time to time concepts and approaches from the world of tech startups have relevance to indie and DIY musicians. Recently the concept of “One Key Metric” has been making the rounds of Silicon Valley. Though not a new idea, the recent attention has resulted in some useful exploration. It’s particularly relevant to emerging musicians attempting to establish a business-like focus that doesn’t get in the way of making art.

The concept of One Key Metric was recently put into play in tech settings by the combination of renowned investor Marc Andreessen and investee Mixpanel, a mobile and web analytics company. Together they are waging war against “bullshit metrics” in a campaign that’s clearly about marketing Mixpanel.

Bullshit metrics have long been referred to as “vanity metrics”, for example by Eric Ries in “The Lean Startup,” and they refer to metrics that are ultimately fairly meaningless and even distracting in understanding whether or not a startup is making actual progress or just blowing smoke.

As musicians have taken their game to the web, discussions about vanity metrics have been ongoing without necessarily using the phrase. Examples include:

These metrics can indicate a general level of buzz around an artist but, in part because they can be easily gamed or are incredibly superficial, there are a variety of limits on how important they are, especially once a band has established a baseline of attention on which to build.

What a band needs to find, just like a startup, are “actionable metrics”, a phrase I associate with the lean startup movement. The concept of One Key Metric, or what “Lean Analytics” coauthor Ben Yoskovitz termed “One Metric That Matters” prior to the Mixpanel/Andreesen bullshit campaign, is a tool for finding a single actionable metric that allows you to honestly measure progress in the most meaningful way possible.

I’ll go with One Key Metric for the moment, since that reads a bit quicker, and point out that one metric is not enough in the life of a musical act. But given how overwhelming analytics can be when combined with all the other information one is processing on and offline, the idea of finding the One Key Metric that matters for you during a particular stage of development is quite useful for maintaining focus and avoiding being sidetracked by vanity metrics.

When you’re just getting started, the important on and offline metrics are fairly obvious:

Did more people show up at your second local show than the first?

Is your official website achieving an increasing number of page views?

As you move on, you’ll recognize that likes and follows can be fairly superficial. However, though the number of people at shows may fluctuate, overall growth in attendance remains important over time if you’re attempting to build a career.

But let’s say you decide to do a grassroots tour before you’re getting national buzz. In that case you may suddenly be facing smaller and less interested audiences and the overall attendance at shows for that tour becomes less important than connecting strongly with the fans that do attend and establishing a baseline of interest by which one can compare future tours.

So the One Key Metric in your local market might well be attendance numbers at shows but when you enter a different stage of development or take on a time-limited project such as a grassroots tour a different metric may need to be identified.

The process of being clear about where you are in your development and identifying actionable metrics with a focus on finding One Key Metric for your current stage of development is a powerful thing in and of itself. It can help you cut through the noise while also deepening your understanding of where you stand in the world.

Here are some metrics in random order to consider in your process of identifying the One Key Metric for your current stage of development:

Note that some of these actionable metrics can become vanity metrics, for example, obsessing over Facebook likes after you’ve established a core following. That can lead to giving away music for likes when you really should be asking for an email and growing your email list. On the other hand, if you’re trying to attract the attention of a major label and your social media followers number in the hundreds, then focusing on those numbers as social media proof is worth some serious effort.

I’ve previously written about the issue of social media vanity metrics. But recently I had an encounter with a friend of mine that gave me a perfect example of focusing on the wrong metric.

A Case of Obsessing Over the Wrong Metric

My friend is a highly respected improvisational jazz trombonist who does not use traditional jazz standards as the basis for his work. Though he’s been honored by Downbeat magazine multiple times, his style of jazz is not enjoyable in the way that many find jazz improvisations that begin and end with melodies from identifiable songs. That means his audience numbers remain relatively small and his cd sales are even worse than the shift to digital formats can fully explain.

I attended a recent show and my 40-something musician friend was received with great enthusiasm from a small but packed house of mostly 20-somethings, only some of whom were involved with improvisational music. After the show I heard more than one person remark about how “amazing” and “incredible” the performance had been, some of whom were directly addressing my friend.

While talking with him after the show, he shared his concerns about miniscule revenue from streaming media and the bottoming out of CD sales. Yet he didn’t mention or provide a way for people to sign up for his email list and later acknowledged that he wasn’t that good about collecting emails. My general impression is that he also doesn’t send out newsletters very often.

I could say a lot more especially since this particular musician has agreed to be my marketing project for 2013. But the key issue I identified in our initial exchange was that he is using CD sales as his One Key Metric in evaluating how his career is going and it’s the wrong metric at this stage of his development.

Honestly, if he shifted to email newsletter signups as his One Key Metric, then not only would he remember to gather them but he would be building a base for upping CD sales, show attendance, merch sales (if he had some merch) and even social media metrics.

And that’s how the One Key Metric process should work:

1. Take an honest appraisal of where you currently stand.

2. Identify the One Key Metric that will best focus your energy while supporting your current stage of development.

3. Work the One Key Metric while evaluating your progress and observing how it affects your overall growth.

As your development progresses, your observations and evaluations will allow you to deepen your understanding of what will move you forward. Eventually, sometimes sooner rather than later, you’ll recognize that it’s time to shift focus to a different metric. That will depend entirely on where you stand and where you want to go in both the short and long term.

Though you can learn a lot from how others are advancing or retreating, your journey is your own and another musician’s One Key Metric may have nothing to do with what your’s needs to be.

As you move forward with a focus on One Key Metric, you’ll begin to find that you can more easily identify which information about topics such as social media marketing is important to you at that stage. This ability to identify what’s important will actually make it easier to learn about other topics as well because you can file them away for later reference or absorb information without being diverted from where you need to focus at the moment.

Once you establish the clarity that such a process can bring, you’ll find that all this marketing and business nonsense that takes you away from making music isn’t quite the overwhelming mess that it appears to be when you first enter that world. And that can only be a good thing if you’re like the best musicians I’ve known over the years, all of whom are happier playing music than updating their social media accounts.